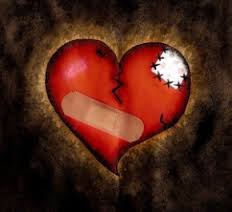 As the world continues to move forward in the days after learning that one of its most beloved performers made his transition at his own hand; the collective ripple effect begins to spread and the energetic ramifications begin to take shape.

In the days since the announcement of Robin Williams’ passing, just as many others around the globe, I have found myself feeling washed over with a sense of shock, bewilderment, deep sadness and grief, as though I had lost a dear and intimate friend. I am stopped at random moments throughout the day by spontaneous tears, weeping for a person I did not know. I know I am not alone in this sentiment, as people from all walks of life deal with the emotions brought up by this deeply felt and powerful heart squeeze.

The global response to Robin’s death is mixed – and varies from sadness, shock and bewilderment to deep understanding, empathy and connection and even anger, blame and outright vitriol.

But the lesson of his life and his death, go far beyond the message of suicide and depression. For someone in Robin’s position – that is, to have a place on a global stage, is meant to serve everyone that he touched – not only those who might share the medical and material aspects of his ‘mental condition.’

Our Soul uses our life – ALL of our life, and our death IS a part of our life, to bring light, service and healing to those we might connect with. Whether in person, on stage or through film, our service, does not have to be reflected in the things we DO for one another, but the lessons we can bring to those who are open and ready to receive them and who are vulnerable enough to be touched by them.

Robin’s job as a Lightworker was clearly reflected in the things he did with his life – his ability to make us laugh with his sometimes supernatural brilliance and to touch our hearts with his deeply powerful portrayals of people who were often broken, reflected our own inner joy and our own deeply hidden wounds – making him a healer of great power.

But his service as a Lightworker did not end the moment he died, in fact, when viewed from a Soul perspective, the impact of his departure only turned the light up on his purpose and ability to serve.

Perhaps you; like me and millions of others around the world, are finding yourself feeling certain things and experiencing certain emotions that you are surprised by – given your personal distance from the person and situation, causing them. The emotions stirred up by Robin’s transition, regardless of what they are, are meant to be brought into the light – so they can be healed.

Robin clearly had many emotions that were buried deep in the shadows; he did his best to overpower them with his passion and humor. Perhaps in his later years, his desire to excavate them, became too exhausting and despite how greatly he was loved and admired – he was simply too tired to continue digging.

But this does not have to be a tragedy. We can use this part of Robin’s life, this part of his service, to shed light on our own shadows, so they can be excavated, and healed.

When the sadness came up in me and the tears began to flow – I realized that Robin was only the trigger that brought to the surface my own deeper sadness – from a lifetime of wounds and betrayals that I had not had the courage to feel in the past. The tears were not entirely for Robin, most of them, were for me.

I invite you to take a moment to reflect on how you are feeling about Robin’s transition and get real about the emotions that are being brought to the surface. It may be sadness, anger, shame, hate, hopelessness, disappointment, ambivalence or fear … it doesn’t matter what they are. If you are feeling something, Robin is still doing his job in bringing things into the light to serve you.

Let those emotions surface, feel them, face them; allow them to come into the light where the power of your awareness and observation can transmute them. If you have people you can talk to about these feelings, share with them. If you feel compelled to write, to draw to sing, to shout, to run, to weep; to hug your dog, to fall to your knees and pray – then do so.

Allow the energy that has been stored deep in the shadows  … allow it to move. Do not deny it, do not hide from it, do not fear it – despite its darkness; it is a part of you – and when brought into the light – it can be used to serve instead of strangle you.

Thank you Robin – may your Light continue to shine!

Simone Wright, ‘The Evolutionary Mind Coach for Elite Performers and Visionary Leaders”, is the author of First Intelligence: Using the Science and Spirit of Intuition. She uses her intuitive skills to assist in police investigations, missing children’s cases and corporate business strategies. She has appeared on international radio and television and been featured on The Oprah Winfrey Show. Visit her online at : www.simonewright.com